Home Business Innovation and the Tension Between Stasis and Change
BusinessFeatured

Innovation and the Tension Between Stasis and Change 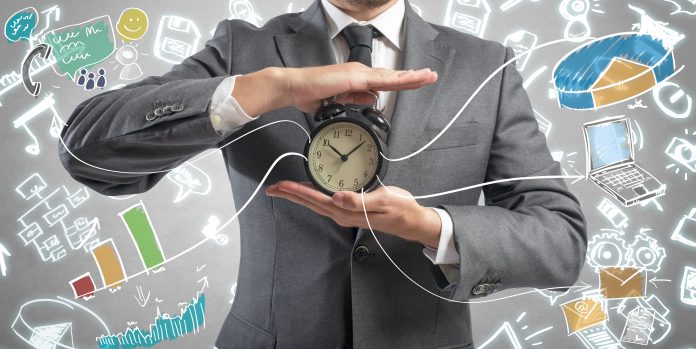 Technologists are well marinated in the cultural broth of change. We love, anticipate, applaud, and judge the next version. We even have a ritualized practice of naming these epochs (cf. “Cranky Crocodile,” “Irritated Orangutan,” or “Chocolate Chewbacca”) and cataloging them as minor shifts (version 3.0.14 to 3.0.15) and major ones (Device 10, OS 2025).

One might say that we are obsessed with innovation and that to the average technologist, nothing is ever perfect or complete. Before we have even finished the current iteration, we have a curated list of things to improve in the next release.

Our sensibilities about change are often not well reflected across our entire organization. In fact, I would assert that those cultural biases toward change actually perturb the more traditionally business-minded. Perhaps with a little relativism, we can understand why, too.  Change is expensive.  Research and development are extra overhead and headcount. Quite a few articles have pointed out that nine out of ten new ideas die before they even make it to market. That is a lot of waste, and it is bad for balance sheets.

We know from researchers and business case studies that the only organizations that continue to thrive over time are those that balance the tension between stasis and change.

Stasis is reflected in corporate leaders, board members, and stockholders’ desire to exploit existing markets and keep profit margins wide. Contrast this with change, which is the inevitable need of a corporation to shift in alignment with market conditions. O’Reilly and Tushman (2016) refer to this as the bilateral ability of successful companies to exploit and explore, changing their goods, services, and internal culture anticipating market opportunities.

The first friction found herein can be described allegorically by one interpretation of Darwin’s theory of evolution. You see, even though we often phrase survival as resulting from successful adaptation, what we really mean is that there was enough random genetic variation that some lucky lineage happened to stumble into a proclivity for staying alive. It is just chance, pure randomness, that it was the right move at the right time. I would assert that this holds true for businesses as well.

If 90% fail, this is not necessarily because these were inferior ideas. Rather, they were either not well-timed with the market or no longer aligned due to unforeseen undulations.

Businesses should invest in some exponential number of new opportunities, minor variations, and major ones to guarantee success long term. As already mentioned, though, this is costly. Exponential cost is almost certainly frowned upon when the business is currently successful and practically impossible when it is not. It is hard to argue for spending the hard-won profits of today on the totally uncertain profits of tomorrow. CEOs get fired when earnings targets are not met today.  Not many, if any, get fired for what the five-year plan looks like.

The second friction comes from the cultural rigidity that naturally emerges from successful companies. It is the identity, often reciprocally reflected with the brand: “We are Company X.” These corporate identities often create conceptions of who we are and what we do. Simultaneously, these identity boundaries stifle innovation and make leadership recalcitrant to new products, services, technologies, or business processes.

What people fail to reconcile is that boundaries exist around what is within them but are more so defined by what is outside. This means that an identity was formed in a particular moment of time, under specific market conditions, and created a company whose identity has outlasted its environment.

Changing a company’s identity is one of the most perilous duties of anyone focused on innovation and change.

For the last twenty years, this has largely fallen on technologists and technology leaders to accomplish. Perhaps for tech-heavy companies, and those like pharmaceuticals and chemical manufacturing that are dependent on research and development, this is less so. But for the average goods or services firm, there are plenty of examples in the last two decades of major institutions being wiped out just because the sands shifted under their feet and they were not ready to accept a different version of themselves.

It is easy enough to play critic to history, but I would point to the tension between stasis and change in the executive boardrooms of bygone companies. If we could obtain recordings of meetings where there was the opportunity for change, we would most likely observe that there was either insufficient capital dedicated to innovation, compared to the invested capital in infrastructure at the time, or that the identity was so far misaligned with the needed innovation that implementing the change was impossible.

Likely it was both.

Mark Cooke, TNCR Contributing CIO
Mark Cooke is an experienced and engaged creative who thrives in new technologies. His toolkit includes operational technologies, data analytics, machine learning, and software development. He uses emotional intelligence, creativity, and strong reasoning to lead teams that produce the exceptional, and the next generation of business opportunities.

Job titles are both interesting and important for organizations and executives who operate in the world of technology leadership. At both the hiring and...
Read more
Career

Begin With Realistic Expectations | How to Hack Your Next Job Search

One good question to ask yourself at the start of a search is: “How long do I think it will take before I find that...
Read more

The Strategic CIO: Changing the Dynamics of the Business Enterprise

The Four Agreements: A Practical Guide to Personal Freedom