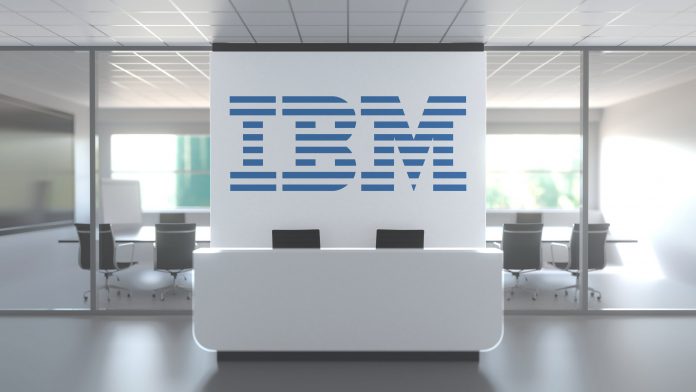 Continued innovation has always been a key driver of any successful business technology function and has been necessary to keep up with the ever-evolving demands of both internal and external stakeholders. What happens when your organization needs to rapidly innovate to adjust to a global crisis, however? Have you laid the groundwork necessary and cultivated an internal culture to allow for quick adaptation?

We spoke to IBM CIO, Fletcher Previn, about how he and his team were able to adapt their global workforce to the challenges of the COVID-19 pandemic.

From his home office, IBM CIO Fletcher Previn oversees one of the largest tech operations outside of the U.S. government, with more than 350,000 employees in 170 countries conducting business remotely.

“IBM is in the business of running mission-critical workloads. We’re always modeling things like what to do if there are wildfires or earthquakes, or what if a data center disappears into the ocean?” Previn says.

“But this was a new model. What if all of Earth had a problem at the same time? Are we set up for that? Are we in a position where everyone can work remotely?”

IBM was already well on its path to modernizing its applications, embracing hybrid cloud, SaaS as a delivery model, and split tunnel VPN so the IT department wouldn’t have to backhaul traffic when employees work remotely.

“The pandemic only accelerated these plans. We’ve just gone through this huge stress test of the system and it held up incredibly well,” Previn says. “I could not be prouder of the work our teams have done to transition employees all over the world to be 99 percent remote in a short period of time. There’s a saying: ‘There’s a decade where nothing happens and weeks where decades happen. That is certainly what 2020 has felt like.’ From an IT perspective, we’ve compressed 10 years of strategic work into 10 weeks.”

Previn’s department worked in three phases: The first focused on ensuring all employees could access VPN and the technology required to do their work remotely. The second was to “maniacally” address any security concerns that arose, he says. And the third phase was culture.

“What are the long-term impacts to people’s mental wellbeing, our sense of togetherness, and the ways we interact with each other as people work this way for an extended period of time? And what can we do as an IT department to address that?”

Previn says his department spends a lot of time thinking about IT as a driver of culture change. “The culture of a place is really a function of how work gets done. IT plays a big role in that and defines the question of what it is like to work there.”

“IT is core to the strategy of a high-performance workforce. Our jobs are not trivial.”

Culture is the only unique thing a company has, Previn adds. “Over time, people steal your technology—or they try to, that’s just what happens. But it’s pretty difficult to steal somebody’s culture.”

One of the first changes Previn made when he became CIO is adding a direct report responsible for user experience and design. Anything the company builds from then on in, whether a mission-critical backend system, a web or mobile app, or an email that is sent to many people, Previn ensured it goes through the design team so it comes out the other end looking like something you’d expect to see in your consumer life.

“We’re often customer zero. We have design and UX embedded in our teams to ensure a great user experience for our employees. We have to create an environment where talented people want to work.”

IBM was born a digital disrupter. IBM is constantly reinventing itself and the skills of its people, Previn says. For a company that is 109 years old, whether it’s creating weights and scales, meat grinders, helping NASA put a person on the moon, inventing the world’s fastest supercomputers, or more recently AI and hybrid cloud, it’s always about helping companies achieve their outcomes.

“There’s no such thing as a non-digital company at this point,” Previn says. “To survive, companies need to constantly be reinventing themselves. People engage with IBM to help them do just that.”

“My primary focus is creating great IT for IBM and making IBM’ers productive,” Previn says. “Yet, we look like a lot of our customers and what works well for us often works well for them. As we’re adopting IBM technology ourselves, the feedback and requirements lead to improvements of the product that ultimately end up in customers’ hands.”

In 2020, U.S. government organizations such as the Cybersecurity & Infrastructure Security Agency (CISA) were focused on preventing a cyber attack that would potentially...
Read more
Leadership

Uprooting the way things have always been done is no easy task. The key to any successful digital transformation strategy is getting the rest...
Read more

World Class IT: Why Businesses Succeed When IT Triumphs