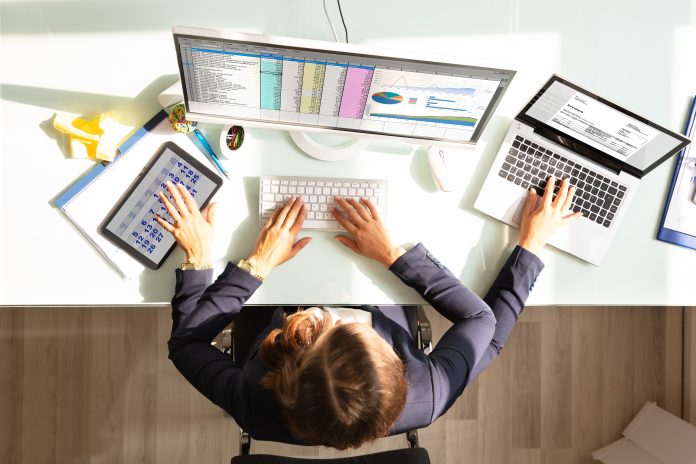 There are more distractions today than ever before.

I can now count more than a half a dozen ways that I can be interrupted while writing this article. Phone calls, text messages, Slack messages, people stopping by my office, Facebook notifications, and emails are all fighting for my attention while I’m trying to focus.

And I am easily distracted.

If you ask anyone, they are likely to compare me to that dog from the movie Up who regularly diverts his attention whenever he thinks he hears a squirrel.

Wikipedia defines computer multitasking as “the concurrent execution of multiple tasks (also known as processes) over an extended period of time.” The brain is just like a biological computer, right? So why wouldn’t I be able to multitask just like it does? I used to think that I could effectively work on several different things at once rather than focusing on one thing at a time. However, the brain isn’t a computer, and this isn’t how it works.

Instead, what you are doing when you think you are multitasking is switching your attention from one task to another. Linda Stone, a former executive at Apple and Microsoft, coined the phrase “continuous partial attention” to describe this activity. You may feel like you can accomplish more; however, using continuous partial attention as your default leads to feelings of being overwhelmed and unfulfilled.

There’s also the science behind this. A few years ago, I read the book “The Organized Mind” by Daniel J. Levitin. Levitin talks about how we live in a world of unprecedented information overload and how to manage it from a neuroscientific perspective. There is no such thing as multitasking. Functional magnetic resonance imaging of the brain has shown how we essentially have a switch in our brain that allows us to change our focus from one thing to another and cannot pay focused attention to two things simultaneously.

This switching from task to task also comes at a considerable energy cost. Even though it only takes a fraction of a second to switch from focusing on one task to another, several studies estimate that it can add up to a 40% decrease in actual productivity. It takes energy to change your focus and then more energy to re-focus on the task you were initially working on. It’s more efficient to work on one thing, finish it, and then go on to the next one.

Even though it only takes a fraction of a second to switch from focusing on one task to another, several studies estimate that it can add up to a 40% decrease in actual productivity.

There are also some negative social costs if you’re constantly switching your attention to other things when conversing with someone or in a meeting. It’s hard to feel listened to when the other person is looking at their phone or checking their email. Because I’m easily distracted by shiny objects, I need to focus on making sure I’m not diverting my attention to anything else in these situations.

Bill Serva, TNCR Contributing CIO
Bill Serva believes that technology has the power to change people’s lives and make the world a better place. He has been working in IT for over 20 years across several different industries, including foodservice distribution, grocery, and not-for-profit companies. Since 2010, he has worked for Goodwill of Central and Northern Arizona and is currently the Vice President of Information Technology.

Job titles are both interesting and important for organizations and executives who operate in the world of technology leadership. At both the hiring and...
Read more
Career

Begin With Realistic Expectations | How to Hack Your Next Job Search

One good question to ask yourself at the start of a search is: “How long do I think it will take before I find that...
Read more

The Phoenix Project: A Novel about IT, DevOps, and Helping Your Business Win

The Power of Now: A Guide to Spiritual Enlightenment