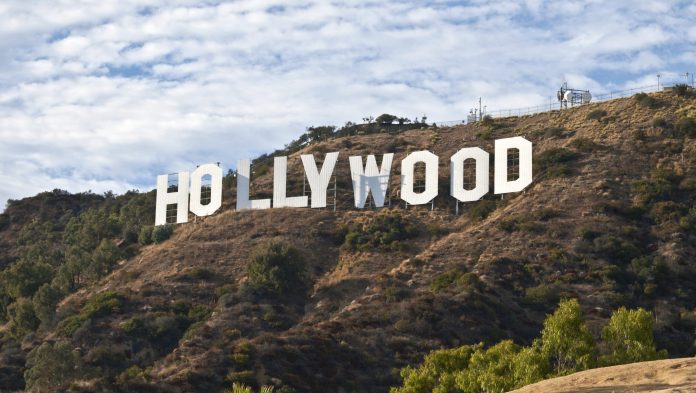 Dennis Yang is the CIO for the Motion Picture Association of America. The MPAA is the voice and advocate of the global film and television industry and works to advance the creative economy around the world, protect the rights of storytellers and open markets for its member studios’ entertainment to reach audiences worldwide. Currently, Dennis oversees the full scope of information technology and information security for the organization.

Before working with the MPAA, Yang held the position of VP, Information Technology of VXI Global Solutions. He supported organization expansion from 1,000 to 30,000 employees and provided support for clients including Apple, Google, PayPal, Disney and Verizon.

In this edition of the National CIO Review, we had the opportunity to chat with Dennis regarding his career progression and how his business background led to his role of CIO for the MPAA.

Walk me through your CIO path. How did you decide to pursue a career in technology, and how did you progress to your current organization?

Growing up in the San Francisco Bay area, I’ve always been fascinated by computers. I majored in Business Administration at San Francisco State University, but I always knew I wanted to work in a computer field. After college, I joined a VoIP communication company and a financial software company in Silicon Valley. I moved down to LA in 2002 and entered the film industry by working for a post-production company in Hollywood. A little over a year later, in 2003, I moved on to VXI Global Solutions. I worked there for about 14 years as the head of IT. While I was there, they grew from 1,000 to over 30,000 employees.

Eventually, one of my network guys at VXI who had joined the MPAA called me and said, “Hey, there’s an opportunity here if you’re interested.” Since I had worked for 14 years at VXI, I was eager to capitalize on my extensive knowledge of call-center environments and return to the film industry. Film is obviously a big industry in Los Angeles, and the MPAA is a very well-known name.

Compared to someone coming from Disney or Fox, who knows the entertainment industry, I bring a different perspective to this role. I think with the industry rapidly evolving and more content moving online, the MPAA wanted someone with a diverse background when they hired me. Previously, I had worked with many Fortune 500 companies, so I knew that each company approaches calls, sales, customer service and tech support differently. Through this prior experience, I developed a customer-service background that I now use to service our member studios with the MPAA. My security background also played a role. For many of our clients, like PayPal and American Express, we dealt with critical information and went through extensive audits on that.

Would you consider yourself a CIO/CTO or a hybrid? Why? What are the essential differences?

I would consider myself to be a CIO. I think the most important part of this job is to understand current business challenges and provide solutions. When I began at the MPAA, I told my team, “We’re not going to be traditional IT. We aren’t just going to make sure that everything is working. We need to be more than that: we need to be a business partner. We need to understand what the business needs and help them grow because the traditional IT is not going to work.”

With so much software and so many platforms available, the end user can easily bypass us and say, “You know what, I’m just going to go use Box or another service because the IT department is giving me pushback.” My goal is to be a technology partner first and help find the most cost-effective solution that meets our requirements and timelines.

What initiatives have you overseen to date in your time with the MPAA? What’s on the horizon?

One of the most important goals for any CIO is security. To that end, we have been looking at the next generation of firewall, antivirus and DDoS protection. Our team is also working to manage and reduce our technology debt. In the past, internal users would try to fix bugs and problems without a full understanding of the problem or how it could affect business operations. It’s important to take the time to develop the right solution rather than just a quick fix.

We’ve already seen lots of success. In a year, we’ll be in an even stronger position in terms of security, technology and automation.

How do you foresee the MPAA being different in two years, and how do you see yourself shaping that change?

Going forward, the MPAA is focused on maintaining the legal framework of copyright protection, incentivizing the production of new films and television shows, expanding global market access to creative content, protecting creators and their works, and ensuring the organization’s own operational excellence.

The MPAA is also working with others across film and television to adapt to the rapidly evolving entertainment industry. For example, in 2017, the MPAA and its six member studios, along with Netflix, Amazon, and other leading content creators launched the Alliance for Creativity and Entertainment (ACE). This alliance is dedicated to protecting the dynamic legal market for creative content and reducing online piracy. We want people to watch our content where, when and on any device they want, while still protecting the intellectual property on that content.

But regardless of market and technological changes, the MPAA will continue to serve as the voice and advocate of creators and storytellers, working to advance the global creative economy.

Share your thoughts on the availability of IT talent. What strategies do you employ, and what’s different in your organization?

In Los Angeles, with so many diverse industries, getting talent is harder than it has ever been. My strategy is to share the MPAA’s story. Who doesn’t want to be in entertainment or Hollywood? People look at Avengers: Infinity War and Black Panther and everyone wants to share in that success. Even though we’re a desirable organization, we still have to show employees a viable career path. That’s how we try to retain talent. Sometimes people will start a job and then want to move on within 18 months, so it’s very important to show them a career path.

Unless they always want to work at a glorified help desk, most people in technology want to grow in their technical progression, perhaps even to a management role. If you don’t talk to your team and find out what they’re interested in, they will probably look for another position outside the organization.

What advice would you give to someone who aspires to be a CIO?

First, think like a businessperson and learn about the business. Your C-level peers really don’t care about things like AWS, Google or Azure, they are more focused on the business outcomes. They rely on you to help them make decisions about software. Secondly, it’s important to put yourself in their shoes to understand the situation and make the best possible recommendation for a solution or outcome. The technical skill is the foundation, you have to know about computers and IT and security, but I think the people skills are much more important.

How do you decompress from the challenges of being a CIO? What do you do for fun?

I like to travel. I think I’ve been to more than 60 different countries now. Even my kids, my youngest is five, have probably been to 20 different countries. I try to add at least two new countries every year; that’s my goal. I really enjoy taking the family to different parts of the world, seeing different people and experiencing different cultures. That’s how I like to get away from the day-to-day demands and really see the world. You will learn a lot from experiencing people and cultures that have nothing to do with your everyday life.

We have asked you many questions, but as a final question, what would you want our readers to know about you that we haven’t asked?

I think it’s important not to be afraid to ask the tough questions and step out of your comfort zone. Even if your boss asks you to do something that’s not IT-related, do it, because you never know where that may lead you. I think it’s important to learn about the business so that you have a perspective outside of IT.

Another important characteristic is to always be kind. My brother asked me what happens if someone on my team makes a mistake. I said, “Everyone makes mistakes, even I have made mistakes, but one should not be quick to discipline or fire someone.” It’s important to try to understand that everyone has their own unique situation, they could be having a bad day with family issues or something like that. Putting yourself in someone else’s shoes will go a very long way.

In 2020, U.S. government organizations such as the Cybersecurity & Infrastructure Security Agency (CISA) were focused on preventing a cyber attack that would potentially...
Read more
Leadership

Uprooting the way things have always been done is no easy task. The key to any successful digital transformation strategy is getting the rest...
Read more

The Organizational Importance of the Chief Information Security Officer

How CIOs Can Speed up the Hiring Process